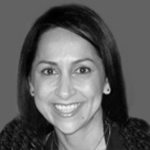 Etel Leit, MS is the founder and owner of SignShine, the largest parenting and signing center for hearing children in Southern California, and the publisher of BabySignShine.com, an international signing resource for parents and caregivers. Etel is devoted to work with parents, babies, children and professionals, and has 19 years of experience in the field.

Etel’s organization was voted as Best of LA Parents Magazine Summer of 2009. She has published articles in professional newsletters, and on parenting websites including Opposing Views,  and her work has been profiled by several periodicals and online news agencies, including CNN.com and Yahoo.com. Etel’s television appearances include features by NBC Brian Williams Evening News, KTLA Morning Show and Fox 11 Morning News. 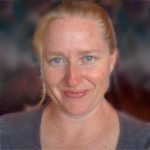 Fourteen years ago Kristie Bjorklund Davidson had a dream.  She always had a passion for educating kids and wanted to help them turn their mundane daily homework and school projects into a positive, FUN experience.  Growing up, she herself struggled in school with finding ways to keep learning interesting and exciting.  These struggles propelled her to combine the computer revolution with everyday after school homework help on a weekly basis in the home setting.  Over the years, she has worked with many amazing families.  By implementing her “Edutainment” philosophy she has had the opportunity to change the educational experience in the home by combining online safety, tech skills, & life skills.

New technology has provided Kristie with a never ending curriculum ranging from using phonics on an Ipad for teaching a 3 year old early reading to using typing software, so that kids enter into middle school with at least 50 wpm.   This gives them the tools to stay ahead of their education, and feel confident and secure.  As an avid LA surfer girl and proud step mother of three, she has enjoyed proving that technology can be a wonderful educational tool, if used in a safe controlled environment.  Her hope is to bridge the gap between parents and their children’s tech life. 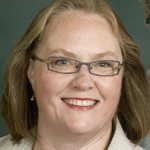 Pazen’s business, Inspired Coaching, focuses on aiding soon-to-be and new parents in defining goals and raising their children to be masters of the Life Skills as espoused in Parenting 2.0. Originally a social service worker, Pazen obtained her Masters degree in Social Work from the University of Illinois at Chicago in 1982. She has worked professionally with young children and families for more than five years.  In a volunteer capacity, Pazen has worked with children for more than 25 years. She is the mother of two well-loved children, both of whom are now adults. Melissa Pazen has spent her entire career in the Chicago, Illinois area. A self-proclaimed renaissance woman, she quips, “If I were software, I’d now be Melissa Pazen 5.0!” 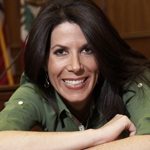 Robin Sax is an author who has penned six books, including The Complete Idiot’s Guide to the Criminal Justice System and Predators and Child Molesters:  A Sex Crimes DA Answers 100 of the Most Asked Questions all of which draw on her vast experience as a prosecutor and victim right’s advocate. Her powerful insights have regularly graced the pages of The Huffington Post, Psychology Today, People Magazine, The New York Times, Cosmopolitan, Marie Claire, The Los Angeles Times and the Women in Crime Ink blog. 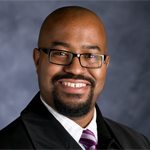 Tshaka Armstrong has always been a geek and a story teller! Having poetry published as a youth and adult, Tshaka took his love for a beautifully crafted yarn to television where he’s won numerous awards, including Emmys and an Edward R. Murrow award.

It wasn’t until he took on the role of family man that he saw his gifts come into their full fruition. Along the way as he’s done his best to nurture his own family, Tshaka has also been an integral part of growing large online communities and rocked social media!

As the family tech guy (you know, the one relatives call when they have computer issues), Tshaka found that gadgets were helping drive a wedge between parents and their children. The adults were often missing out on so many “teach! able moments” due to their children having separate online lives that those parents were, quite often, completely oblivious to.

Tshaka found the inspiration to create Digital Shepherds after working in investigative news. There was story after story about how the internet and mobile technologies were being used to prey on children and how children were naively making themselves victims due to their own lack of digital literacy. Mr. Armstrong said, “enough is enough,” and Digital Shepherds was born.

Sponsor
Expansion of The Global Presence