The Global Presence Humanitarian Award recognizes an individual and/or organization that has nurtured Life Skills development in a magnanimous manner. Above, Stephen Ritz is recognized for his contributions in the arena of Environmental Literacy via aeroponic gardening and energy conservation with the 2017 Global Presence Humanitarian Award. Surrounded here with his Bronx, New York students – celebrating with Green Bow Tie elegance.

2016 Chetna Gala Sinha. Chetna Gala Sinha is an Indian Social Entrepreneur working to empower women in drought-prone areas of rural India by teaching entrepreneurial skills and providing them access to land and other means of production.

2015 FranklinCovey. FranklinCovey is respected around the globe as one of the pioneering leaders in the Life Skills arena of time management and productivity. In 1984, the first Franklin Day Planner was produced, followed by a popular time management workshop. New designs and formats are created continually, and the FranklinCovey Planning System is now used by more than 15 million people worldwide.

2014 Rob Mather Founder, Against Malaria Foundation. Recognized for his contributions in the Life Skills arena of altruism, Rob’s inspirational transition from a young father into a world leader reducing deaths due to malaria shows what one person can accomplish when they have a big heart and a brave goal. In little more than a decade, AMF has distributed more than 3 million nets protecting 6 million people and will soon distribute 4 million more to protect another 8 million.

2013 John Wood Founder of Room to Read. Author of “Leaving Microsoft to Change the World” John Wood is best known for creating a scalable solution to developing global educational problems. Lesser known, and the reason for his selection for the 2013 Global Presence Humanitarian Award, is his appreciation for the importance of proactive Life Skills education in addition to academics. 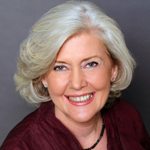 2012 Bobbi DePorter  Founder of the Quantum Learning Network.  DePorter’s goals of providing proactive Life Skills education to children first manifested in the creation of a week-long summer program for teens called SuperCamp, held in July of 1982 at Kirkwood Meadows near Lake Tahoe, California. Today, SuperCamp has more than 65,000 graduates and programs in the U.S., Europe, Asia and Latin America, and is an established leader in the field of youth development.